Do you include hashtags in your social networks posts?

Do you want to get more exposure for your campaigns with Hashtags?

Adding hashtags to your marketing campaigns can generate engagement with fans and followers, as well as attract new prospects.

Since social networks are social, it’s important to participate in conversations within a variety of topics.

However, the virtual world doesn’t provide us with shortcuts to know or keep up with everything that’s going on.

This is especially important when it comes to interacting with hundreds or thousands of people on social networks. Instead of listening to flashy or interesting conversations we end up hearing noise.

#1: Align Hashtags with your brand.

Use a branded hashtag to reinforce your social, digital and traditional marketing message to consumers.

Whether on Social Networks or in the real world, there is always the possibility that things will not happen as expected. Your hashtags can be hijacked either by another brand or by radical activists.

For example, when Qantas Airlines launched the Hashtag #QantasLuxury, they expected their business and first class passengers to post about their desire for a luxury experience. Instead, the hashtag was hijacked by a group of dissatisfied airline passengers traveling in economy class.

Take the time and consideration to choose hashtags before using them in tweets or posts. Renew with your team, friends or social networkers and ask them for their recommendation.

While you can consider the best scenarios (as Quantas wanted), don’t forget to consider the worst possible scenarios. Choose a Hashtag with the least risk of being hijacked, so you can avoid having a social network crisis.

#3 Take your hashtag out into the real world

Don’t limit your hashtags to social networks only. It’s important to use them as part of a larger branding strategy that includes real-world or traditional media.

The 51st Super Bowl was not only played at the NRG stadium in Houston, Texas. It was also played on social networks. The final of the American football league that ended with the historic victory of the New England Patriots over the Atlanta Falcons was one of the big stars on the microblogging platform.

According to data provided by Twitter, hashtag #SB51 generated more than 27.6 million tweets during the sporting event. This is an event in which consumers and brands have come together again to comment in real time on everything that was happening.

Once again, advertisers have not hesitated to make millions of dollars in order to get their advertising space and surprise millions of viewers with their creative pieces. 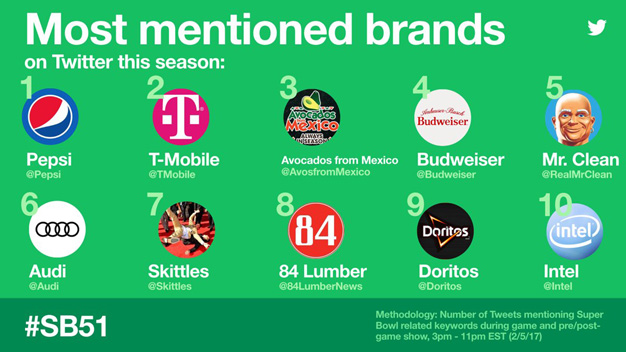 #4 Introduce a variety of Hashtags

While your brand or brand name doesn’t change, if you want to stay relevant in the market you can make changes to the hashtags you use.

Social media conversations happen in real time, and what’s hot today can be forgotten tomorrow. While having a consistent hashtag for your business is one way to maintain continuity in your branding, it is also important to update your hashtags regularly to keep your followers interested.

Use temporary tags to dieversify the brand, this helps to streamline the interaction

The key is balance.

Hashtags are more than markers on your publications or ways to reach a larger audience. They are identifiers of company branding that help you get above the noise, be part of conversations and attract users.

What is your opinion? Do you use hashtags in your marketing? Which Social networks campaigns have been more successful ? Share your experience and thoughts in the comments section.

We Can Help You:

Get Your Free Proposal

Do you need to grow your business?

Get In Touch With Us

Get posts by email

Be the first to know when we publish a new blog post!

Join our blog and get the best digital marketing insights, strategies, and tips delivered straight to their inbox.

Get My Free Proposal